Over the last few years, I’ve witnessed the local salmon industry evolve just by observing what’s available for vendors to sell in our Bay Area restaurants and stores. The California king salmon is an incredible fish in terms of taste and healthiness, but where it once dominated seafood counters and menus, it now seems much more common to find only wild Alaskan or farmed salmon.

We asked an expert to explain just how local fishermen have dealt with challenges in catching California king salmon and how our local seafood infrastructure has changed in the last few years for vendors and consumers. Tim Sloane is the executive director for the Pacific Coast Federation of Fishermen’s Associations (PCFFA), the largest trade association of commercial fishermen on the west coast, as well as its sister organization the Institute for Fisheries Resources (IFR).

Tim gives us an inside look into the world of our local fishermen that may be unfamiliar even to those of us in the Bay Area seafood industry.

What are the goals of PCFFA and IFR?

To ensure that family fishing remains a sustainable livelihood. That means sustaining the resources on which fishermen depend, but it also means protecting the industry. We are a commercial fishing organization primarily focused on the West Coast. We started as a salmon organization and grew from there to crab, then filled out to encompass groundfish as well. There’s also sea cucumber, shrimp, swordfish, squid, even sea urchin fisheries that we’ve worked with over the last few years.

What salmon-related projects are you working on now?

To speak broadly, we’re focusing on Pacific salmon restoration, which has two parts. There’s the habitat side and then the hydrological side (how much water is left in the rivers). The hydrological side involves fending off bad water management decisions, like drought bills, that would divert water away from salmon streams, as well as water quality type work such as making sure our rivers flow strongly and cleanly enough to support a salmon fishery. On the habitat side we’re working on sustainable forestry practices and site-specific restoration efforts such as physically rebuilding salmon habitat.

What are some other important issues facing salmon fishermen in the Bay Area?

The upcoming Cal WaterFix, aka the “twin tunnels,” if they get funding and permits, will be a big challenge. We are formal protesters on several grounds, mainly the impact on the salmon fishery and water quality, and endangered species concerns such as the impact on the delta smelt, winter run salmon, and sturgeon. The proposal is to place the intake for the tunnels on the north end of the San Francisco Bay near the Sacramento River, which is basically a salmon super highway from which the majority of our catch comes. You can think of it as a conveyor belt–the river picks up little baby salmon and carries them out towards the Golden Gate and into the ocean where they can fatten up on krill and other species, then come back to the dinner plate. What the tunnel would do is basically put a stop right in the middle of that conveyor belt to suck up water, chopping the belt in half. It would pull water directly from the Sacramento River, which would be devastating for salmon.

The drought in California has definitely been a challenge, but it only added to many existing issues. There was already a serious decline in the fishery because of water problems in our streams and rivers due to contention over water resources, diversion for agricultural purposes, poor water quality, and habitat degradation. Salmon is iconic in California–it used to be the cornerstone of the West Coast fishing industry. To put it in perspective, in 1980 there were about 4,000 boats in California catching salmon. In 2015, there were only 585. That is a pretty huge decline, and it’s only getting worse with really poor salmon returns this year and last year.

How have these issues impacted the local seafood industry in the San Francisco Bay Area? Have they changed the types of seafood that local vendors sell?

I’d surmise that they can’t sell what they can’t procure. There is obviously a huge demand for salmon–it’s delicious, it’s super healthy, people (especially in California) are very aware of how important it is to have that kind of seafood their diet. Those vendors who used to rely on California for their salmon have gone elsewhere. There is a range of salmon products you can buy, from wild fisheries to mass produced aquaculture. But I would hope that seafood purveyors would look for other sustainable sources of salmon like wild-caught salmon from Alaska.

How has this impacted consumer buying habits?

Obviously it’s hard for the average consumer to walk into the store and see Copper River sockeye next to California king. Earlier this year sockeye was selling for $8.99 a pound and the California king sitting right next to it was $32.99 a pound. It’s hard for people to justify spending that much more for California salmon. But the secret is, it’s just that much better! The demand is still there, so people are still buying it. I think as long as those fish are coming out of the ocean outside the Golden Gate, they’ll find a home on someone’s plate.

What can seafood vendors in the Bay Area do to support local fishermen?

Distributors are the contact point between the harvesters and the consumers. They can help by spreading information about why local sustainable seafood is important for your community, your health, and the environment. I think if the distributors, vendors, grocers, retailers, and restaurateurs could all take part in disseminating that information to consumers, then the fishing industry would be a lot better off. When those consumers get involved and stay informed, that’s when change really happens. There aren’t really that many fishermen out there any more, so it’s hard for them to make enough noise on their own. But if we get the seafood consuming public involved, that can be really huge. Also, keep buying local wild-caught fish!

Much of our knowledge of the fishing industry comes solely from the items we can offer on our menus or place in our seafood counter. Yet it’s so important for seafood vendors and consumers in the San Francisco Bay Area to connect with our local fishing industries, so that we can better support them through our actions. Contact Pucci Foods today to buy wholesale local, sustainable seafood that supports our fisheries and fishermen and helps the public do so as well. 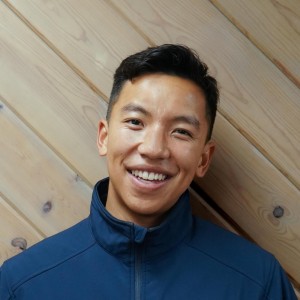